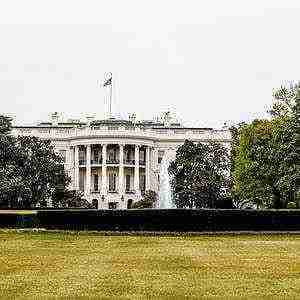 America was the center of the watchmaking industry in the 17th and 18th centuries. Then, the Swiss would even come to America to learn how they were making watches. They were believed to make the most fashionable and also the most accurate timepieces.

Since the watches sold in the European markets were only cheap, the Americans were left with no option but to manufacture quality watches.

The industrial revolution in the watchmaking industry all began in the 1850s in Waltham and Massachusetts. Companies in these areas developed innovative tools and machines to help them in making watches.

The Waltham Watch company was launched in 1854 by Aaron Dennison. It was the first company to produce American-made watches.

Since the watches sold in the European markets were only cheap, the Americans were left with no option but to manufacture quality watches.

Since then, America has been known to influence various markets in the watchmaking industry like Timex. First, it was a big market for cheap disposable watches in the USA. Timex survived through all powers in the 50s and 60s, including Quartz.

It’s common for presidents to have expensive and eye-catching jewelry since the public is always eyeing them wherever they step outside.

Below is a historical perspective complete guide of the watches of the United States Presidents.

President George Washington was the first leader of the United States From 1789 to 1797). Still, he owned few pocket timepieces, a Jean-Antoine Lepine watch, and a Swiss pocket watch.

During his presidency, Washington has a clock by the name Jean-Antoine Lepine. November 1778, he wanted to have a new and unique watch. He wrote a letter from Mount Vernon, his home, and sent it to Gouverneur Morris requesting him for a timepiece.

In the letter, George had advised Morris to get assistance on the watches from Mr. Thomas Jefferson. At that time, Morris had gone on a business trip in Europe. He wished for an excellent simple gold watch of quality, same as big and slender like James Madison, which Thomas Jefferson got him.

Washington settled the deal by sending Morris 25 guineas and assured him to add more in the case was needed. Therefore, Morris would always contact Jefferson for advice and kept looking for the watchmaker who made James Madison’s timepiece.

This watch acquired by Washington was a gold pocket watch and was considered a minute repeater, but with a twist. The hammer smash on the brink of the case instead of the chime. Due to this, the watch was nicknamed “dumb repeater.”

John Adams was the 2nd president known to have possessed a gold repeater pocket watch.
Most likely, he got this clock when he was United States Minister to France. Later passed down the clock to his family, but its hands and clock’s case were not original.

The timepiece was kept in Adams National Historic in Quincy, Massachusetts.

Thomas was 3rd president who owned a gold pocket watch made by a watchmaker named Daniel Vaucher.
Daniel Vaucher was a clockmaker situated in Paris and was highly professional in making perfect timepieces.

He might have acquired this watch when he was on tour to Paris.

You can find this watch in James Monroe Museum in Fredericksburg, Virginia.

James Monroe was the 5th president. Apart from the Daniel Vaucher watch given by Jefferson, he also owned a Gabriel pocketwatch.

Monroe had a gold Gabriel pocket watch given to him by his close relative. Its motion indicates 104, and its origin seemed to be either Swiss or French.

The clock was later sent to London to be marked Gabriel of London. Currently, the watch still in good condition, and the back case is entirely intact.

You can see the timepiece in the James Monroe Museum in Virginia.

Andrew Jackson was the 7th president known to have a William Hunter pocket watch.

Hunter was a genius clockmaker based in Liverpool. President Andrew Jackson was very used to this William Hunter watch. The timepiece was marked “Andrew Jackson Hermitage 1826,” it was engraved in the case maker as N.L.

Later, the clock was handed over to the close family members. Finally, the timepiece can be found in Jackson’s hands, Albert Marble, in 1924.

The watch can be found in Hermitage collections at Jackson’s home.

Lincoln owned the Waltham Ellery pocketwatch model 1857, made in 1863. Many Civil War Soldiers liked this model. The watch was named after a Continental Congress member and also was a Declaration of Independence signer.

The model was very significant since it marked the start of successful technologically advanced watches.
In addition, the Union Soldiers preferred them because they were manufactured in plenty and cheap.

In Springfield, Illinois, Lincoln bought this gold pocket watch in the 1850s from a jeweler, George Chatterton.

The Danish pocket watch can be found in the Kentucky Historical Society.

FAQs of watches of the United States presidents

What is a Lepine Watch?

Lepine pocket watch is a clock with winding on the same axis and sub-dial seconds display, as at noon.

What are the parts of a pocket watch?

What are the movements on a pocket watch?

What is the oldest pocket watch?

It is 48mm in diameter and runs between 12 to 16 hours per winding.

The watch was marked in Germany, later translated into English. The clock reads “Philip.”

Where are Lincoln’s pocket watches?

Lincoln’s fine gold watches that he bought in the 1850s have been held safe in Smithsonian Institution since 1958.

The gold pocket watches were later handed over to the institution by his great-grandson Lincoln Isham.

In the 18th century, Watches were only possessed by powerful and rich men. Today anyone can own a watch, but it still only seems only successful people care much about the watch they wear.

The watches you wear determine the level of your success; it is seen as a symbol of time consciousness. Of course, United States presidents knew this, so almost every president has a history with this timepiece gadget.