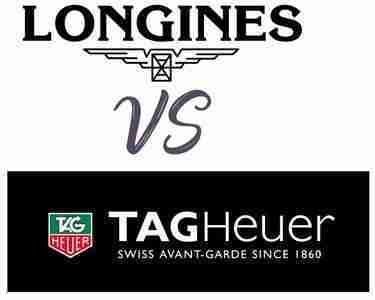 When it comes to time

The Swiss just know more about monitoring time than anyone else in the world. For such a small country, they seem to have more watchmakers than any other nation on the planet. That includes Japan.

These two Swiss companies have a long and storied history. They have been competitors longer than most other companies have been in existence. Their experience has taught them how to make a great timepiece.

Unfortunately, their prices also reflect that long experience. To learn how much these companies sell their watches for, just continue to read our article. It has that information and more.

At the beginning of time,. or so it seems, Longines was a small independent company. It came into existence in 1832 and was started by Auguste Agassiz, the brother of the biologist Louis Agassiz.

99 years later, the company collaborated with Charles Lindbergh to create an aviator’s watch. Unfortunately, the company did not remain independent as it is now owned by Swatch.

Tag Heuer started out only as Heuer in 1860 and the founder did not live a long life. By the time he died at the age of 52, he had set the company that bears his name on a course to be innovators and creative watchmakers.

He did that by creating a keyless winding pocket watch in 1869. Two of the famous people that wore this brand of the watch were former President Truman and the astronaut John Glen. In 1985, the company was sold to TAG or Techniques d’Avant Garde, a Saudi business group.

These are luxury watch lines and if anyone is going to pay the asking price for either companies’ watches, then they need to hold up no matter what. Tag Heuer’s models may be more rugged than its competitor’s while Longines has a more refined structure to its design.

Either way, you are getting watches that last for a very long time. Tag Heuer’s Monaco watch was so strong that it was worn by Steve McQueen in the movie Le Mans and Clay Regazzoni a Tag Heuer during his Ferrari races.

The motto of Longines is to produce a better watch faster than its competitors at a higher quality level for a lower price. The refined design does not take away from Longines’ watch’s durability.

When you shell out that much money, you expect it to last until at least till your grandson gets married.

One thing is for sure, these watch makers are not Casio or Citizen. While they both have great up-to-date technology in their watches, that technology is not so much slanted towards the features but the precision side of a watch. The materials used are modern and make sure that you do not lose time even when you are merely running out to the mailbox.

You can count on these expensive watches to keep accurate time. This does not say that these companies have ignored featured. Instead, they just limit their offerings to a few watch lines. Longines has quite a few models with top features like sub-dials and extra hands to mark different time functions

Tag Heuer has kept pace along the same lines and offers few watch lines that have many bells and whistles. It is accuracy and precision where the R &D effort goes, as well as in the look of their watches.

When you are paying between $750 and $26,000 approx. for a watch, you certainly do not want a picture of Mickey Mouse on it. These two companies seem to spare no expense when it comes to how their watches look. They are very sophisticated in color, design, and style.

The preciseness of all the intricate details their watch faces contains exemplify the dedication these companies have in making top drawer watches. The numbers or time are easy to read and the extra hands do not detract from the overall look or make the watches they are on look shabby.

It is hard to pick a winner in this category as these luxury watch makers make sure there are no flaws in their finished product. They both put out exquisite-looking timepieces that any woman or man would be proud to have on their wrist.

It is an attitude that makes sure these watches feel and look better than their luxury watch competitors.

Get ready to be shocked. You are not going to get these watches for a birthday present unless your dad owns the local bank. Both brands charge high prices for their watch lines with Longines being the cheaper of the two. Their starter watches start at $700 approx. and go up from there.

Tag Heuer’s starter watch is a bit more expensive and begins the journey at $1000 approx. As you move up in the more expensive lines, you will find Longines charging about $16,000 for one of their watches.

But that is a deal when you look at the $26,000 price tag for many of the Tag Heuer watches. being rich does have its perks and one of those perks is being able to afford a watch that most people can only dream about owning.

If you are not afraid to mortgage your house, you can wear one of these brand’s watches when you go out with your boss to dinner.

These two brands’ watches are not for everyone but they are nice to dream about. You get class, craftsmanship as well as top-quality components, colors, and style when you get the chance to buy one of these timepieces.

Both companies make great watches but Longines ability to make the same thing at a cheaper price puts it ahead of Tag Heuer in this competition. When you can save money no matter how costly the product is, that is a winning purchase. 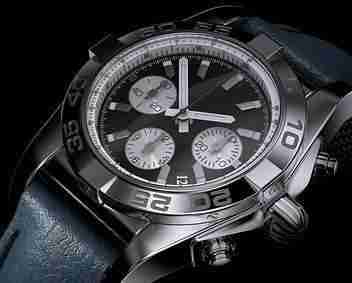