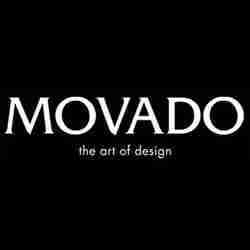 Among the well-known watch brands in the USA, Bulova and Movado have earned a name. The two watch brands were founded around the same time. Bulova was founded in 1875, while Movado was founded five years later.

The two brands have earned their place selling timepieces due to their elegant style and sophisticated timepieces. The aesthetic elegance of timepieces from Movado and Bulova will surely impress wristwatch lovers.

Most watch enthusiasts have a piece from Movado and Bulova in their collection. On the other hand, since their inception, these two brands have released a variety in their brands and they improve every innovation. However, most people ask themselves which brand is the best between Movado and Bulova.

This article provides a comparison between the two brands. there are many wristwatches under the two brands but the comparison will be done on two categories, manufacturers, style, prices, and functionality.

A brief background of Movado

Movado was founded in Switzerland but was later purchased by North American Watch Corp in 1983. When it was founded it was known as LAI Ditescheim & Freres SA but changed its name to Movado. Movado is famous for the Museum watches, and they set Movado apart from the other wristwatch companies. Movado in 2018 acquired MVMT, a relatively new entrant in the watch industry.

A brief background of Bulova

Bulova was founded in downtown New York in 1875 by Joseph Bulova and was known as J. Bulova Company. Later in 1923, the company changed its name to Bulova Watch Company. It partnered with Loews Corp in 1979 but is under Citizen since 2007. Bulova has dedicated itself to delivering precise timepieces in the market. It is the longest-running clock and watchmaking company in the USA.

Bulova or Movado: Which is better?

Back in the day, these two brands were leading in the industry. However, the industry has evolved immensely over time, driving the brands down a bit. Movado and Bulova are not held with the same reverence as before but, they hold a respectable position in the industry. However, there is no definite winner among the two brands since each has something to boast. Every person has a unique taste and preference. Some will prefer Movado to Bulova, and others will take the latter. Let’s take a look at some of the timepieces from the two brands

Accutron is the first fully electronic watch, and it is renowned for putting quartz on the map, and every watch enthusiast knows about it. In the 60s, mechanical watches would lose almost a minute every day. Thus they had to be adjusted every day to ensure that they displayed the correct time. However, Bulova Accutron was accurate up to the minute in a month. 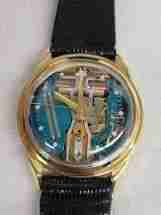 This model is a classic design but highly traditional in aesthetics. Bulova is one of the classic watches that are attributed with elegance, sophistication, and reliability.  It has silver pointers, and digits in a pitch-black dial.  This watch, however, lacks any unique features. The wristwatch has silver, stainless steel straps with a 42mm diameter.

Movado classic museum watch is the most suitable match for special occasions. The timepiece is sleek, comfortable, stylish, and efficient. This timepiece is Swiss-made and has reliable quartz movements. The face of a Movado timepiece is free from clutter, albeit not very convenient it is an appealing quality.

The flagship of Movado watches is the model Museum, and thus they are used for comparison. The watch does not have digits on its face hence making it difficult to tell time. Otherwise, the watch is light for its 44mm diameter and look.

The Bulova precisionist is not built for style with its rugged look but durability. It is weighty than the museum and has an analog presentation, which ensures that it is easier to validate time. The watch boasts of high accuracy in telling time and precision.

Manufacturers of Movado and Bulova

Movado and Bulova watches have different designs, and Movado is a head-turner. Wristwatch designs by Movado are unique and off the cuff. Bulova is most suitable for traditionalists due to its classic look. The two brands tend to complement each other by having the qualities which the other lacks. The best dress watch goes to Movado museum watches, while the best chronograph goes to Bulova gunmetal chronograph.

Marketplaces: we use marketplaces to buy and sell I like using Amazon and eBay.