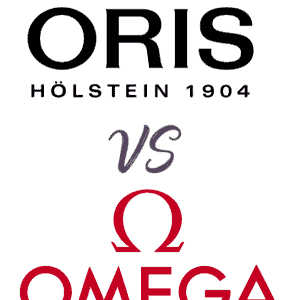 That is a standard joke between friends. But both Oris and Omega watches are no joke. they are two of the top luxury watchmakers you can find on the planet. In their quest to be the best, these companies have found a way to combine both age and beauty.

These companies have actually been around for a while and their experience has led them to the path that puts beauty on par with function, precision, and class. There is a market for this level of quality.

To find out if you are in that market, just continue to read our article. it has the information you need to read to see if these watches are for you.

If you want luxury but can’t afford it, you may be able to sneak in the luxury door by buying an Oris watch over an Omega. That is about the only place that the company has an advantage.

If you want quality, technology, durability then you are going to have to pay for it and choose the Omega over the Oris. The latter company still makes good watches, it just hasn’t reached Omega’s level yet. You just save money with Oris.

Who makes both Oris & Omega watches?

Omega may be the granddaddy of all current watchmaking companies. It certainly is the oldest so far as it was founded by Louis Brandt way back in 1848 in Biel/ Bienne, Switzerland.

In 1932, Omega was the official timekeeper for the 1932 Los Angeles Olympics and it took them about 100 years to make one of their signature watch series, the Seamaster. However, they are owned by Swatch which just makes them the luxury cog in that conglomerate.

On the other hand, Oris has been a privately held company ever since its inception and is also Swiss born. They opened their doors in 1904 but it took them 34 more years before they were ready to enter the wrist watch market.

Its two biggest watch models were the Big Crown, 1938, and the automatic Oris caliber 601, 1948. But the company took a hit when it got caught unawares by the Seiko quartz revolution. Slowly they are gaining ground again.

Like all watch making companies, these two competitors dabble in different watch markets to gain a good customer base. For durability in both companies, you have to turn to their dive watches.

That is where their talent and skill to make long-lasting watches stand out the most. For Oris, it is the Aquis Automatic Blue Dial, an outstanding looking and high-quality timepiece.

Not to be outdone, Omega made their Diver 300M Co-Axial Chronometer. Its 4 buttons outnumber the Oris’s 1 and seem to have a bit more technology included inside.

However, luxury watches are made to be seen and for their price, they will last a long time under normal use. Both companies make strong watches and this category is probably a tie.

Both of these watch models can withstand depths of 300 meters so both companies know how to make durable watches.

Omega vs. Oris Features and Technology

This is a category where Omega will outshine Oris. The reason for this uneven competition is that Omega has lots of money behind it allowing the company to do a lot of research, development, and experimenting. Oris, being a privately held company cannot compete here.

This advantage allows Omega to put a lot of modern technology to full use which is why some of their watch models are the best at resisting magnet forces. Then, Omega was also named Master Chronometer from METAS and has received certification from COSC, two top 3rd party mechanical watch testers.

These are achievements not granted Oris as of yet. But that does not mean Oris is lacking in quality or capable timepieces. their watches are still very good, they just have not reached Omega’s level yet.

Also, the Omega diving watches are rated for deeper depths than Oris models. But Omega watches are far more expensive than Oris ones.

Both brands make watches that can only be described as something beautiful. the clarity is there and you can easily see the faces on both watches and get the correct time in an instant.

It would be difficult to tell the two brands apart when looking at them from about 10 feet away. Plus, the Omega Seamaster has color accents that are just outstanding. They set the watch on a level that is hard to reach.

Oris style and design remind one of the long Japanese tradition of style, class, and sophistication. But the company also makes some nice sports designs that allow you to wear their watches at athletic events and picnics.

The looks and styles of these two brands are almost identical and show what dedication to one’s craft is all about. There is hardly a flaw in any of their watch models and the word excellence does not do their looks justice.

No matter which brand you choose, you are going to invest a lot of money just to wear one. However, if you are looking for an affordable luxury watch, then look to Oris.

Many of their watch models are priced at $1000 or less than the Omega models are costing. If you want the Omega Seamaster then you will end up paying about $4000 or more for one.

This is not quite the price level of a Rolex, yet Omega is trying very hard to catch up to that company. Oris’ starter watches run around $1000 and go up from there and cover your watch purchase with a 2-year warranty. Omega gives you a 5-year coverage plan.

Then Omega fetches a higher re-sale value than Oris. part of that is because Omega had a 50+ year head start in watchmaking over Oris. The latter company has been playing catch up ever since it was started. 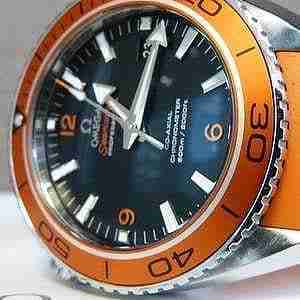